Here’s an example of how the tarot (or any oracle) can help you devise a ritual, or any other sorcerous activity. So bear in mind that this is a highly specific interpretation made possible by an equally specific context; I wouldn’t consider these meanings in just any reading. Here is what happened.

A few days before the past New Moon I lost one of my rings. Well, I didn’t really lose it, I left it at work. However, in order to make sure I would retrieve it I drew some charms from the special set I only use for witchy work. You see, this wasn’t just any ring: it’s the garnet I wear for the spirit who carries me, which is a Surinamese watra ingi  (water Indian) spirit. So when this was the charm cast I got, I knew he wanted my attention:

(A quick word about the Surinamese element in my spiritual practice: although I have this connection I do not consider myself a complete adept of winti kulturu, let alone an initiate. What I’m sharing here is based on personal experience & is no more inside information than you can find in any academic piece on the subject. I will post about my Surinamese adventures at a later date!)

The tigri (jaguar) I put in the oracle to represent the ingi, so at least I knew I’d find the ring again. As Ring also means a commitment or appointment I reckoned there would have to be a get together. To find out what exactly he wanted me to do I got out the wonderful Noblet, the Marseille deck I got for Camelia Elias’ Cards & Magic class I’m in. I’m becoming more & more a fan of the French Cross:

As I already suspected that a ritual would be involved, more specifically a bath, I wasn’t surprised to see Temperance as the main issue card, as she has represented ritual bathing before. So on a practical level we have a bath, which as I don’t have a tub I will have to pour over myself. Symbolically we have a transformational moment.

This is confirmed by the presence of the Wheel of Fortune, as a helping factor in this instance: major changes have been going on in my life recently & this watra (bath) will help with that. The solution is the World: get naked & dance amidst the plants, surrounded by spirits. To see what the World Maiden is looking at I drew the Hermit: to look beyond my present position, to find new roads. And what is he looking at? The Two of Swords, a decision to be made, a moment of choice.

So when I have washed myself with plants (and the dancing, yes yes), what will be the result? Strength: Woman with Tigri. I will be closer to the ingi who will help me to conquer whatever is keeping me stuck (Hanged Man).

The heart of the matter is Death: out with the old, in with the new. Hell yes.

All right then. I reckoned that the Dark Moon would be a good moment for this (Temperance looking at the Moon!), only I had to work that day & I returned later than expected so there was no time to prepare properly. Besides, I had a raging headache which unfortunately often happens at the Moon phases.

However, as usual it turned out that it was all happening according to plan, just not my plan: I was told that I needed to go out next day & collect some fresh plants & roots from the ugly park nearby (which despite its hideousness still is a highly magical place). In hindsight I should have known, looking at the Hermit & those two Swords surrounding a plant: go out & cut some plants! Duh.

So the next day, accompanied by some freezing showers I headed out to a little corner of the park, where cow’s parsley was already sprouting above ground. I asked & was allowed to pull out the whole plant, roots & all which came away easily in my hand. I felt it was important to find plants given by the season, not just bought plants. I already felt lots of things shifting while communicating with the plants, feeling them come away in my hand, smelling the fresh earth…

Cow’s parsley, dandelion, sow thistle. Some pine & some ivy. Even a small & rather ugly park can provide all you need. I made offerings of sprayed water, copper coins & wine, which were well received. Also blood, rather more than I intended actually. Well, that’s the Two of Swords for you.

I can’t say all that much about performing the bath, except that it was an elaborate ritual. (If people are interested I can do a post about cleansing & bathing in general? Just let me know!) Look at the picture at the top, that’s lots of stuff! And that’s not even all of it. I am only allowed to perform ingi baths, which is with plants & organic ingredients alone (including my own tinctures & oils) so no synthetic essences or perfumes as are often used in Surinamese & other African diasporic traditions. And I am to wash with the plants themselves, which can be scratchy so yes, it can be intense, and it was. There also was some dancing as prescribed.

However, I wasn’t completely happy with the procedure, mainly because I was trying a few new things which I would better have left out at that time. I should have payed more attention to the cards: Death says, Eliminate the unnecessary. Or else your own stubbornness (Strength) will keep you where you are (Hanged Man).

Nevertheless I felt a lot better afterwards, even if the next day I had to clean the entire bathroom, unplug the drain & vacuum the whole house. I had planned to return the plant material to were I found it, but I was guided to throw it in the nearby canal, to have it carried away & dissolved. And that was the end of the ritual which again produced a great release.

After which I had another interesting conversation, but that will have to wait until next time… 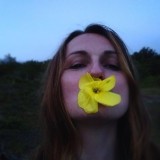